Well, I made it back from Florida in one piece. As much as I loved being there and spending time with my Mum & Dad, it was so lovely to come home to Paul and the children. I missed them all desperately, especially when I found out that Sam had performed in a Harvest Festival assembly at school and I missed it !! Anyone who has children will know how bad I felt at missing his first ever performance and I cried when Paul told me.
But, I have to say that the break really did me good and I'm now back and raring to go again.
I found some absolutely beautiful and brilliant crafty places on this trip. We visited the new little town that my parents are moving to. It's called Leesburg and is a typical small American town and no sign of Mickey Mouse to be found anywhere ! They have a weekly Saturday morning market and lots of the locals have stands there selling their home grown produce, jams, pickles etc and of course, crafts. You don't have to be a regular seller and I'm seriously thinking of taking a stand there next October (as I very much doubt I'll be going again before then). There was no-one selling anything like my goodies, so I think selling something different (and British) would do well.

We also visited another small town called Mount Dora and that is one of the most beautiful little towns I've been to. If I was to move to Florida that is where I would live for sure. They have lots of lovely little antique and craft shops and the most fantastic British tea room which is owned and run by a lady from Hatfield Peverel (which is a small village about 5 miles from where I live here in the UK !) They serve genuine Yorkshire Tea (the best tea in my opinion), out of a bone china tea pot into lovely bone china cups and saucers, along with homemade scones (which were massive) and clotted cream and jam. Yum !! Well worth a visit if you're ever in that part of the world.

Anyway - back to the crafts ! Mount Dora had a store called Crafty Corner (I think!) and it was basically the ground floor of a house that had been converted into a craft store. There were 27 "rooms" of crafts and it would appear that each crafter rented one of the rooms to display and sell their crafts. And what beautiful items there were - all manner of different crafts and each one completely different. Unfortunately I can't show you any pictures because you weren't allowed to take photos (as I had pointed out to me!) But take my word for it, they were beautiful.

(apologies for the photo - it's not one of mine, just one I found on a photo sharing site)

I also came across a stamping store which was jam packed with all sorts of scrapbooking, stamping and crafting goodies. I managed to spend rather a lot of money in that shop and the lady that owned it was so friendly and knowledgeable - I'll definitely be visiting there again.
Below are a few pictures of some of the goodies that I bought - unfortunately I can't show you photos of everything because we would be here all day ... literally ! I should definitely go away more often though because I've received so many orders and enquiries whilst I've been away, it's amazing ! My interview with Crafts Beautiful was published here and appears to have been read by quite a few people, resulting in 4 different enquiries from craft shops and galleries around the UK wishing to stock my goodies. I also received a telephone call from BA - yes, that would be British Airways - enquiring about stocking some of my items in their online store. Now, if anything comes of that I will be SO chuffed !! I'll keep you updated though.

I was also working on some new designs whilst I was away and will show you pics in my next post - they just need to be finished off properly !
Thanks for taking the time to read my ramblings - it's great to be back !
Sarah x
Posted by Blooming Felt at 14:39

Hi - just read your full interview!! Loving it, very professional. Congrats on the success! One day I'll get myself sorted out with my crafting!
CraftyB x

the original home of the pick & mix felt ball!

We've been trading online since 2007 (that's a long time in the world of ecommerce!) and are proud that we have the largest selection of felt-based craft supplies online in the UK.

All of our creations, photographs and wordings are copyrighted and we would be grateful if you would refrain from copying any of these without our permission. 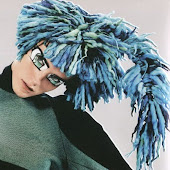 Where are you visiting from ? 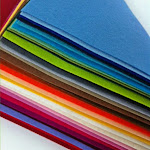 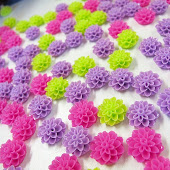 We exhibit every year at 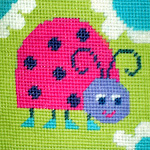 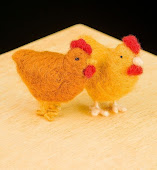 Projects using stuff you can buy from Blooming Felt